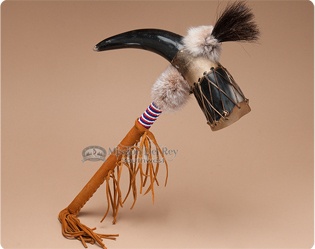 Buyer Testimonial: I received the rattle in the mail today, and I have to tell you how blown away I am! This is really powerful, and I feel strong river of energy emanating from it with every shake it makes, very different from the one I already have. It arrived just in time as I am about to head out to the country for the spring equinox (ours is tomorrow) to spend some time alone in the bush and herald in the shifting energy and renewal. It is going to be a great few days and a perfect opportunity to get aquainted with this new medicine... thank you so much! Szymon, Australia
Items 1 to 40 of 206 total